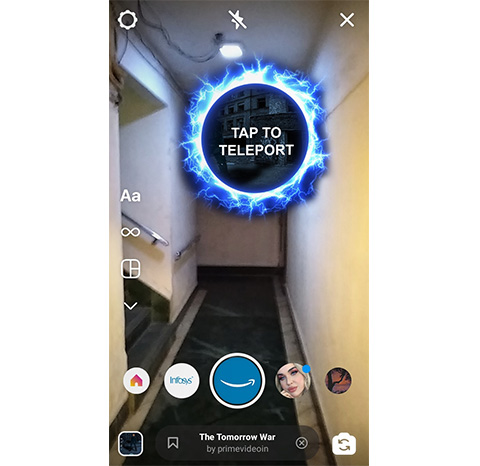 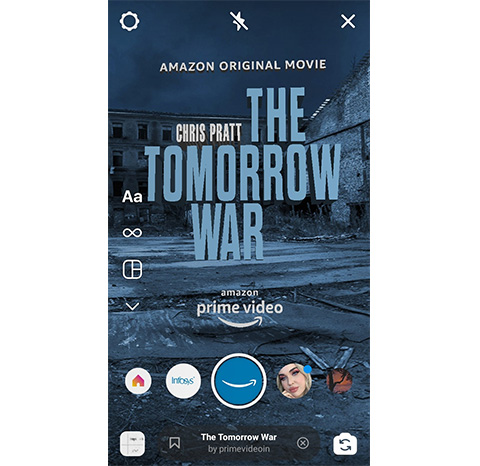 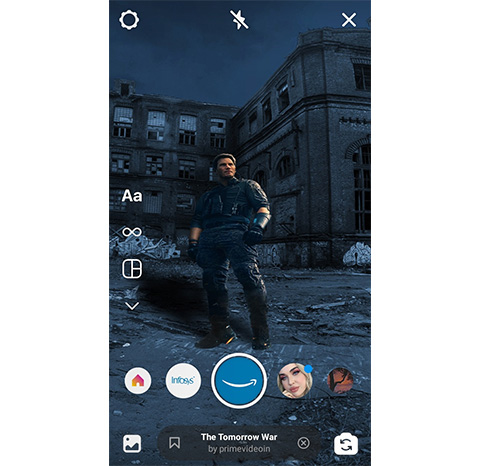 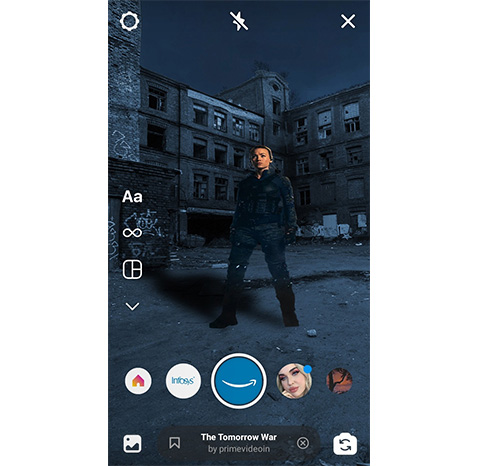 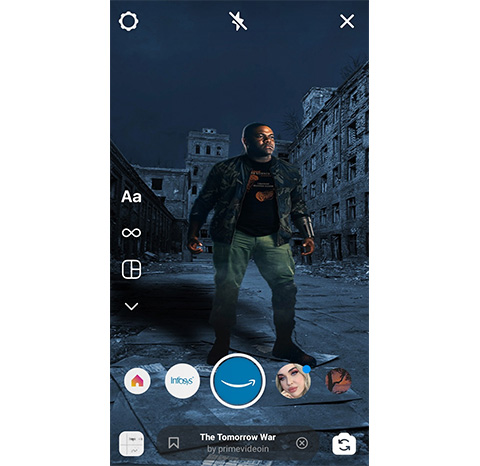 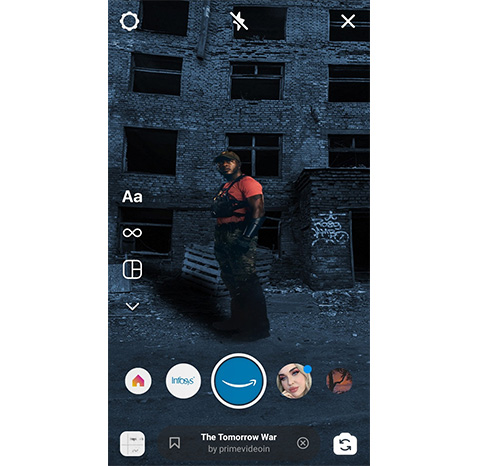 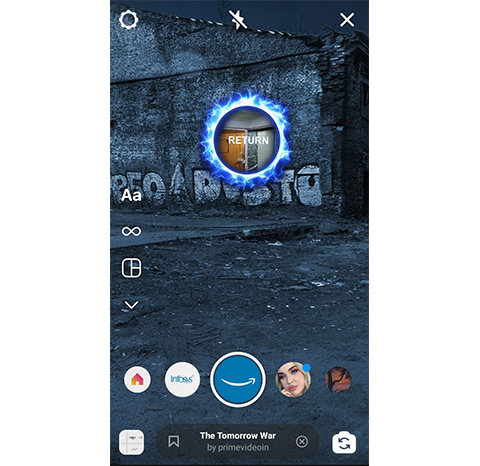 Amazon Prime Video launched the Amazon Original Movie “The Tomorrow War” starring Chris Pratt on their Subscription-based Video On Demand (SVOD) OTT platform on July 2 and wanted to create a buzz around the release of the movie.

In addition to their Digital Marketing and Social Media Marketing initiatives, they also wanted to explore immersive technologies to build the WOW and engagement factor among their audience.

Considering that the experience had to go live around the same time as the movie released on July 2 and that the movie was getting a lot of online promotion, GoPhygital in collaboration with Schbang Digital Solutions Private Ltd worked towards bringing this idea to life.

Considering the movie was being released on the Amazon Prime Video OTT platform that would be viewed by a majority of the users at their home, and keeping in mind the demographics of the primary target audience (Millennials and Generation Z), the GoPhygital team worked closely with the Schbang team on creating the AR experience and publishing it on the client’s Instagram channel.

Once the concept was approved by the client, the GoPhygital team started work on creating the AR experience.

Taking inspiration from the script of the movie, the teams created a concept where when the user launches the AR Filter on the Amazon Prime Video Instagram account, the AR filter scans the user’s surroundings and launches a portal that would teleport the user into the future .. in the year 2051, as is also shown in the movie.

On tapping on the portal entrance through their mobile screen, the user is teleported to 2051 where the user gets a 360 degree view of the world in which Dan Forester (Chris Pratt) and his team have gone to fight the war with the aliens and save the world.

While the concept was really interesting and GoPhygital was confident of creating an amazing Augmented Reality experience for the movie, the project had its own set of challenges that the GoPhygital team had to resolve.

The first was the extremely tight deadline since the launch was linked to the movie release date of July 2 which couldn’t be pushed. In addition to that all the assets that were received from the client were of extremely high resolution that were meant for broadcast whereas for AR, one has to create low-poly models keeping in mind that Instagram AR Filters have a file size limitation of 4 MB.

The Value Take Away

The GoPhygital team worked closely with the Facebook India team to find the right approach and launched the filter that was aligned to the guidelines but more importantly had the right impact with the audiences to create that curiosity and buzz around the movie release.

Thanks to the immersive nature of Augmented Reality, brands and organizations globally are looking to leverage the power of AR for enhancing their customer engagement program. If you are a brand or a business wanting to explore how AR or VR can help you, write to us on iwantto@gophygital.io and we would be happy to craft the right solution for you.